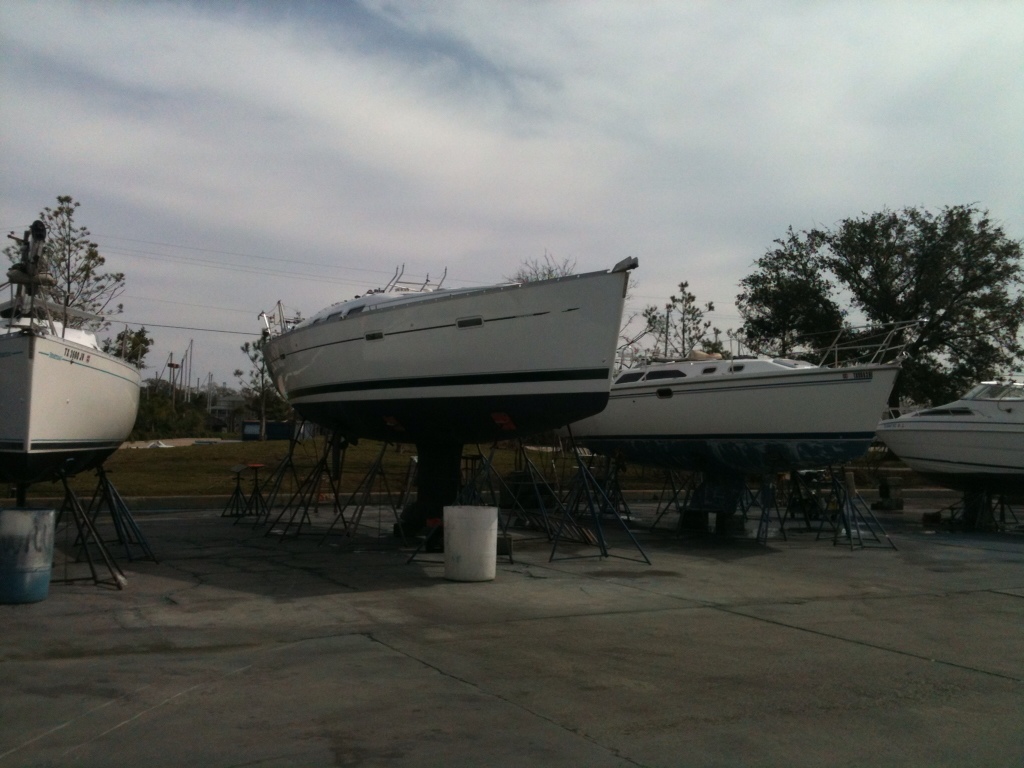 While I should have been tired after flying into Houston from Portland last evening, I wasn’t. I think I was too excited about being reunited with Pearl. No sleep until about 5:00am.

When I finally got to the boat yard, at about 11:00am from where I was staying in Houston, I’d managed to get about four hours of sleep and spent an hour getting lost in Clear Lake. Seeing Pearl was nice. She had no major damage. The stanchion and the hull damage were cosmetic. She’d had a bath, and was looking better than I expected. The rest of the morning was spent chatting with John about what needed to be done to the boat. The rudder bushing that was mildly worn had gotten much worse in transit. The mast needed some bits (new LED bulbs to cut power consumption, and the wind instruments that were damaged when it was dropped) before it was restepped. Something needed to be done about the worn paint on the hull. After getting through the minutiae, I spent the afternoon sorting through the boat and organizing stuff, and reinstalling the hardware for the dodger, Bimini, lifelines, and bow pulpit, and setting up to drop the rudder. Nothing had been visibly damaged in transit. Kudos to Denise and Emily for their packing and organizing skills, not to mention the guys from Danish Marine.

We are now set to drop the rudder assuming that Wade from Beneteau managed to get the bushing out to the yard this morning. If all goes well, perhaps we can have the rudder fixed and the mast back on. That would be amazing! Stay tuned. Some pics follow.