On the road. Finally. The previously planned departure on March 18th was delayed again. The morning was both fun and frustrating. Jesse and Toni from Wind River took me out to breakfast at Petit Provence on Alberta. This was the fun part.

The frustrating bit was getting the truck packed and everything else in place — whoch took a lot longer than it should have. A part of it was the sheer volume of little things that needed to get done before leaving: laundry; clearing the fridge; cleaning little bits out of the yard; settling the upstairs; sweeping; taking out the garbage; blah, blah, blah.

Fortunately Jesse and Toni followed me back to the house. Jesse packed the truck with all of the stuff that had been staged the night before. Toni who had been a property manager in a previous life jumped on an issue that came up with the newly refinished bath tub in the downstairs bath. Cita, who was around as well, scurried around doing what she usually does which is take care of all the little details with stuff that I either gloss over or don’t notice, or defer and then forget. Truth be told, I wouldn’t have succeeded in getting anywhere close to being able to depart of not for a lot of assistance from Ryan, Denise, Jonathan, Jesse, Toni, and most importantly Cita. 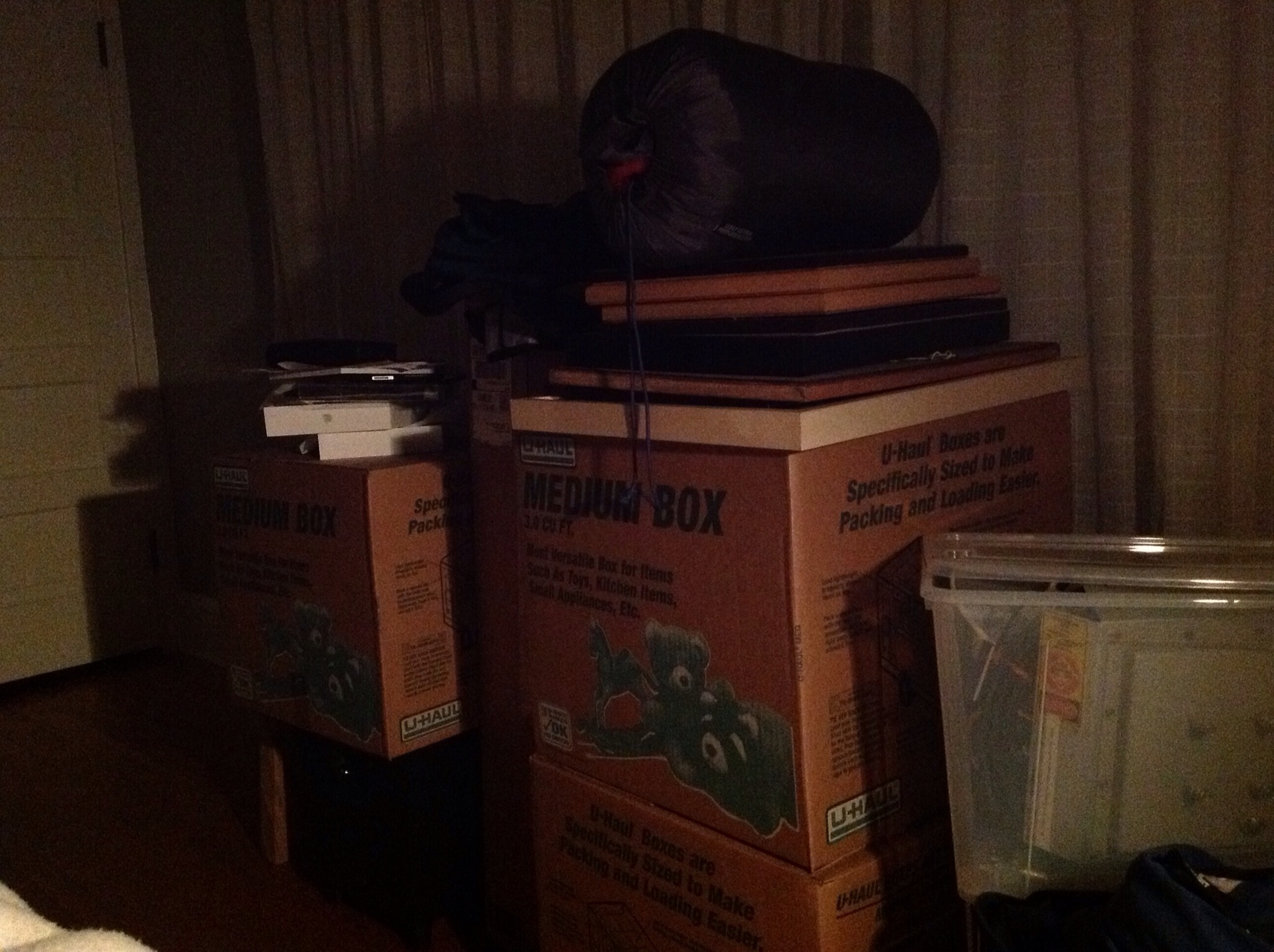 By mid afternoon, when everything was almost done, I was exhausted. This was partly physical, from shuffling stuff around. The more tiring bit, however, was emotional — from handing over the house to someone else, from contemplating saying goodbye to Harley for a while, and from realizing that I have way too much stuff for a single person.

At that point, rather than leave tired, I decided to spend another night and drive off to the Bay Area the next morning after a good night’s sleep. That, I think was a good call.