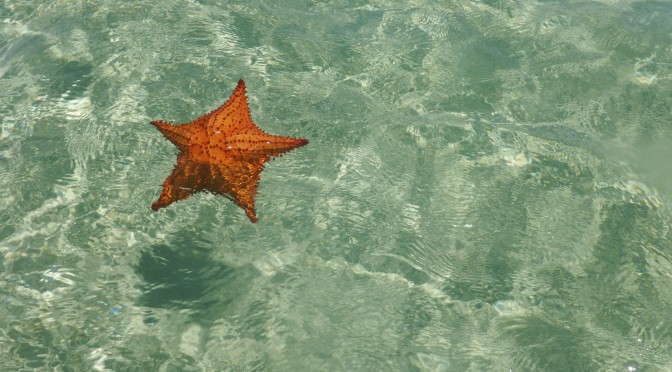 This entry is part 3 of 10 in the series The Abacos, Bahamas

The trip from Bullocks Harbor was another crossing of sorts. We had to get across the Providence Channel. After the Straights of Florida and the gulf stream, this was another very deep body of water with very steep banks. It also had a current that could cause it to stand up and offer a rough ride. I wasn’t looking forward to a rough ride so we time our crossing for a time when the winds were out of the South East — i.e. with the current.

Once we got to the top of the Berrys, we broke out our sails and made use of the 20 kts of wind from the south east to push us on a close reach into Sandy Point. It was a fun ride.

Slipping around the top of the Berry Islands we saw a couple of large cruise ships anchored up at a couple of cays that the cruise lines have taken over to give their passengers an exclusive tropical island experience. We aslo got pretty close to a couple of freighters. One of them sort of snuck up on us an I was glad that the AIS and MARPA functions we have on our chart plotter worked as intended to warn us.

Entering Sandy Point there’s a sharp drop off from about five thousand feet in the channel to about ninety feet on the shelf — in a distance of about one hundred yards. Lisa and I figured there’d be good fishing along the ledge so we furled our sails and went fishing. About five minutes into trolling, we hooked about a 40 lb Mahi Mahi. Yummy!

The anchorage at Sandy Point has good holding, but is completely open to anything by East winds. The first night we spent was no problem. The second day, however, was a nightmare. Fortunately, the winds subsided by evening and we actually managed to get to sleep.

Sandy Point, once again, is a small remote settlement. The water around it has to be experienced to be believed. It was nice to be back in crystal clear blue after the green of Bullocks Harbor. It seems that several of the people who live at Sandy Point work at an island a few miles to the North that Disney owns and showcases as the Castaway island.

Since we had a fairly full refrigerator, we took most of the fish that Lisa caught into the only restaurant and beach bar they had there. As a special bonus we were invited to make a Sri Lankan fish curry for the people at the bar. It made for a fun evening hanging out.