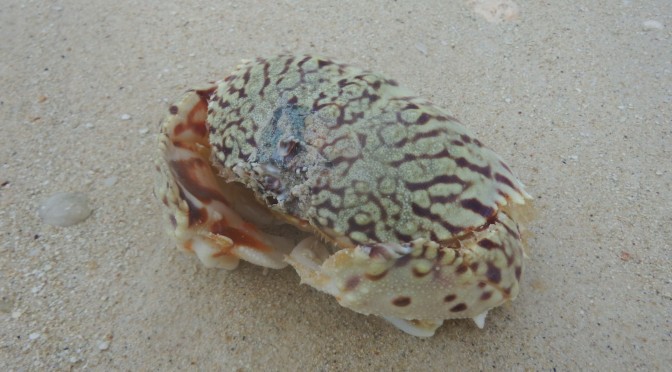 As mentioned previously, Lisa in an avid catcher of critters. One of her recent finds was an odd looking crab. It was shaped like a bun,  or dinner roll, more or less when it had it’s claws folded in.

This little guy looked like he’d been hit in the head and was barely alive. He was rolling around in the sane when we found him. He looked like a rolling rock — since rocks don’t roll, we had to check him out.

It took a bit of effort to identify the critter. I think it’s a flamed box crab. What do you think?