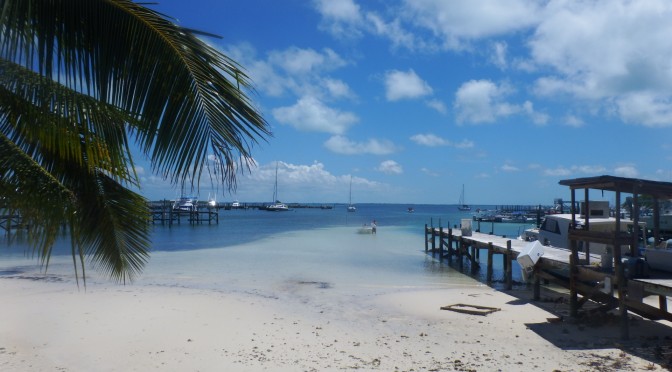 This entry is part 8 of 10 in the series The Abacos, Bahamas

Guana Cay is just the next cay up from Man O’ War. It is due North when leaving Marsh Harbor. We’ve visited Guana a couple of times. It’s complexion is completely different to any of the other Keys we’ve been to.

Guana is a very pretty cay. It is the home of Nipper’s famous (or infamous) pig roast on Sundays. Lisa and I stopped by there briefly one Sunday. it’s one of those “must do” things in the Abacos. I have to say I was underwhelmed by the experience. Nippers had a bit of a Spring-Breaky feel to it. There were lots of youngish people standing around drinking and taking selfies. There were lots of other people trying to be youngish doing the same thing.  If you want that sort of entertainment, Key West is way more fun.

The beach that Nippers overlooks, however, is spectacular. Even on a Sunday it wasn’t packed. The water’s spectacular and the sand is pretty much perfect. We aren’t sure exactly what there is to do on Guana besides dive/snorkel and go to Nippers or Grabbers, but the cay definitely has a nice feel to it. Perhaps we’ll spend more time on Guana and get to know it better.

In the mean time, this is what we have.