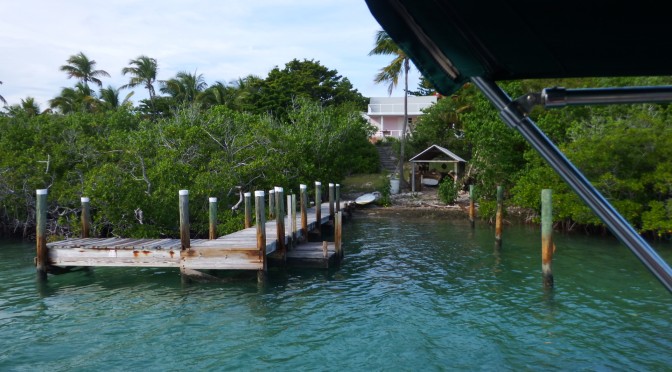 This entry is part 7 of 10 in the series The Abacos, Bahamas

Man O’ War Cay is one of the three “must visit” destinations in the Abacos. It’s a curious community of very closely related people, about 70% of whom are named Albury. I’ve been told that until relatively recently, these people tended to keep to themselves and marry within the community. The result is that most people on the island look very similar —  a bit odd.

Also, unlike the other islands, Man O’ War Cay seems to have had a culture of segregation. In other words Black Bahamians were not permitted to stay on the island after dark. This isn’t true of most of the other islands in the Bahamas. There doesn’t appear to be racial tension, per se, though there seems to be a general dislike and distrust of Hatians.

Man O’ War is pretty, neat, clean, and tidy. It has cute little clapboard cottages with nicely tended yards. it also has a long tradition of boat building and sail making. I have to say that the traditional Bahamian boats made here have beautiful lines.

Man O’ War has a very protected but shallow harbor. It’s probably the best hurricane hole in the Abacos. The harbor is very sheltered. As it has two opening, surge from a hurricane can run through easily rather than just building up.

All told, it was a neat place. While it a nice, it doesn’t seem like it’s a community into which one integrates — like Hopetown. I’m glad we’ve seen the place, and we may use it as a hurricane hole, but my guess is we’ll just as soon head further south.