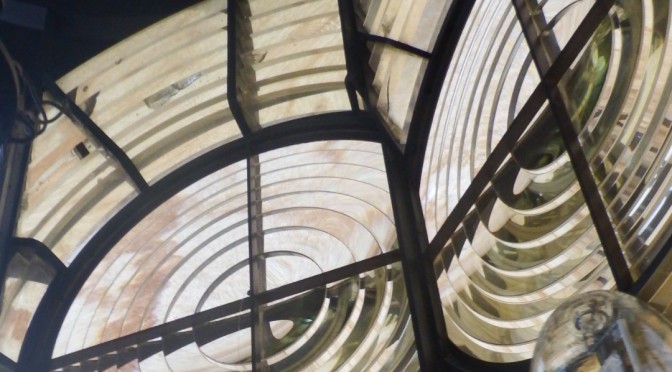 The Lighthouse at Hopetown is one of the towns more noticeable features. It was built in 1862, has an elevation of 120 feet, and a 23 mile visibility. It’s one of three remaining manual lighthouses. Rather than being electric as most lighthouses are these days, it’s powered by kerosene. In other words, it’s a giant Coleman vapor lantern that needs to be pumped up, preheated, and ignited.

The light is driven by a winding mechanism, much like a grandfather clock. The mechanism needs to be wound every 2 hours — a fact that has to be really annoying for the lighthouse keepers. The turret that houses the mantle (the bit that generates light) and lenses is heavy — weighing several tons at least. Rather than using an oil-based lubricant or grease, the turret sits in a half donut-shaped mercury bath. Mercury seemed like an odd choice for a lubricant, but when you think about it a bit, mercury would work pretty well. Given that I had access to the turret,  tried to turn it — as expected. It required only a minimal effort to get it moving. Given the weight and how long the light has been in operation, that’s a pretty impressive feat of engineering.