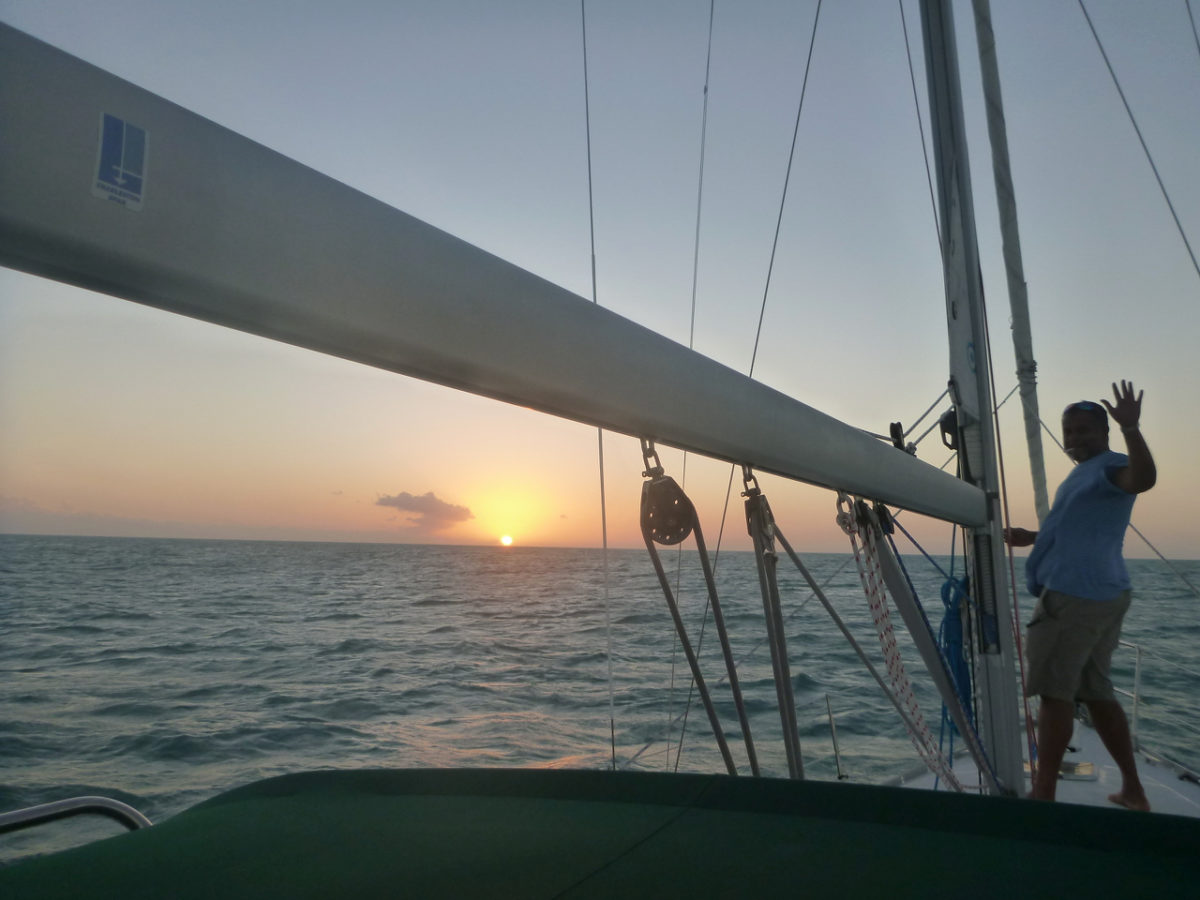 Pearl got hit by Hurricane Irma a year ago today. After much inspection and wrangling with boat yards and Insurance, she was designated a total constructive loss. The cost to repair the damage to Pearl was approximately $110K. On receiving the estimate, I had three options:

I took option 3 — heart breaking as it was. The challenge with rebuilding Pearl was that while the hull and rigging that were damaged by Hurricane Irma were easily repaired, the salt water incursion she suffered damaged the electrical system, air-conditioning, and who knows what else. Subsequent maintenance would likely become a nightmare and the amount of time and money that she would require would not be recoverable. Further, this would have to be done while living some place on the East Coast.

The logically correct answer was to let her go — even though emotion suggested otherwise. Pearl had been a home unlike any other: she’d been a place of refuge, a platform for adventure, and a source for much learning. She was a self-contained entity that would take you places — both spatially and temporary — if you’d only dare.

Re-boarding Pearl to pack her was rough. The boatyard in which she was stored had painted a horrific picture of a destroyed interior covered with mold, and slime: that was true of another Beneteau 373 that was at the yard. Pearl was really messy but fine. She smelled a bit musty, but once aired out, smelled like home — a mix of salt water, diesel, wood, spices — life on the water.

Going through the stuff on board and sorting out what to keep and what to toss felt like cleaning up after someone had died. In this instance, that person was a different version of myself, a different life. I gave away a lot of the stuff that related to sailing and cruising to one of the workers at the boatyard. He was just building his dream on a tight budget, and that seemed appropriate. All the stuff would have a new life.

I could go on at length about the decommissioning experience. Most notably once it was complete, when I sat down to take stock before leaving, Pearl … was just a hull. She had lost the smell that made her “home.” I am not sure whether that’s a creation of my own imagination, or something else. What I can tell you is that Pearl was a funny boat and I am privileged to have had her in my life.

Some pics of Pearl — I post some more in the future. So many fun and amazing memories.